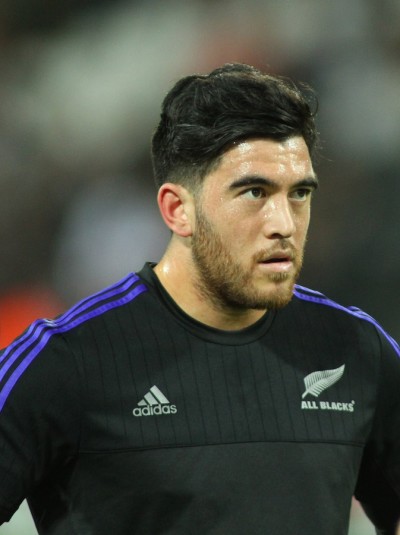 Milner-Skudder in 2015, photo by sportsphotographer.eu/Bigstock.com

Nehe Milner-Skudder is a New Zealand rugby union player. He was a key member of the 2015 Rugby World Cup winning team.

Nehe is the son of Heneriata and Richard Skudder. His mother is a Māori-speaker. His uncle, George Skudder, played 1 Test with the All Blacks. He is married to Hannah Tevita.

Nehe’s paternal grandfather was George Alamoti Skudder (the son of Stanley Benjamin Skudder and Mele Talia/Leisi Tupou Tiki). Alamoti was from Mu’a, Tonga. His parents were from Mu’a and Atatã Island, both in Tonga. Stanley was the son of George Charles Skudder, who was of English descent, and of Mary Louisa Cocker, who was of half English and half Tongan ancestry. Mary Louisa was the granddaughter of Joshua Cocker and Elizabeth Lobley, an English couple who moved to Tonga in the middle of the 1800s. Nehe’s great-grandmother Mele was Tongan.

Nehe’s maternal grandfather was Koro/Pahau Paku Te Whataroa Milner (the son of Edward Kawhia Milner and Heneriata Te Mania Awatere). Koro was born in New Zealand. Edward was the son of William Gavin Milner, who was English, from Wellington, Shropshire, and of Keita Te Hauauru Aupouri, who was Māori (Ngati Porou). Nehe’s great-grandmother Heneriata was Māori.

Nehe’s maternal grandmother was Meri Hineihorahia Green (the daughter of Reweti Totorewa Green and Peti Piria Horomia). Meri was born in Tikitiki, Gisborne, New Zealand. Reweti was the son of James Edward Green, who was born in Chatham, Medway, England, and of Katarina Te Mahora Fox, who had Māori, and one quarter English, ancestry. Nehe’s great-grandmother Peti was the daughter of Hekiera Horomia, who was Māori, and of Ruihana Tii Jones, who was of half European and half Māori descent.