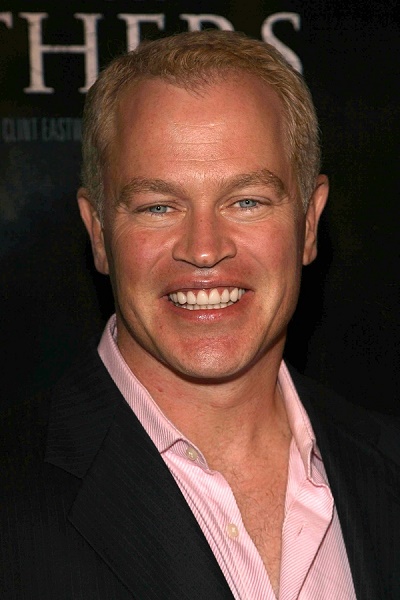 McDonough in 2006, photo by s_bukley/Bigstock.com

Neal McDonough is an American actor and producer. His many roles include Band of Brothers, Walking Tall (2004), The Guardian, Sonic the Hedgehog, and the Arrow/The Flash series.

His parents, Catherine (Bushe) and Frank McDonough, were Irish emigrants. His father was from County Galway and his mother from County Tipperary. Neal is married to South African model Ruvé Robertson, with whom he has five children. He is a devout Catholic.

A lot of times, people ask me if I’m black. They say, ‘Are you a black albino? Because you look so much like James Earl Jones, but very light.’ I always say, I’ll take that as the utmost compliment.

Source: Genealogy of Neal McDonough (focusing on his mother’s side) – https://www.geni.com