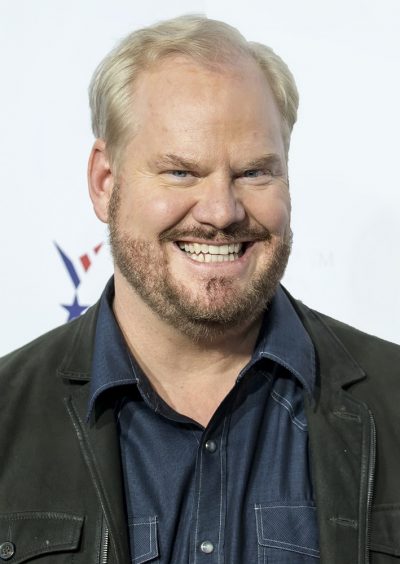 Jim Gaffigan is an American stand-up comedian, actor, writer, and producer. He has starred on The Jim Gaffigan Show, and in many film and television productions.

Jim is the son of Marcia Miriam (Mitchell) and Michael Ambrose Gaffigan. He is married to actress, producer, and comedy writer Jeannie Gaffigan, with whom he has five children. The two are frequent professional collaborators.

A DNA test whose results were displayed on the show Finding Your Roots with Henry Louis Gates, Jr. (2021) stated that Jim’s genetic ancestry consists of:

Genetically, he was found to have a common ancestor with professional baseball player Derek Jeter.

Jim’s paternal great-great-great-grandparents were Patrick Gavahan and Sabina Flannery. The surname was changed to Gaffigan.

Jim’s maternal grandfather was Richard Furlong Mitchell (the son of Peter M. Mitchell and Sarah/Sara A. Furlong). Richard was born in Webster, Iowa, and was a Justice of the Iowa Supreme Court, from December 6, 1932 to December 31, 1942, from Webster County, Iowa. Sarah was the daughter of Richard P. Furlong, a prominent businessperson in Fort Dodge, Iowa; and of a woman surnamed White.