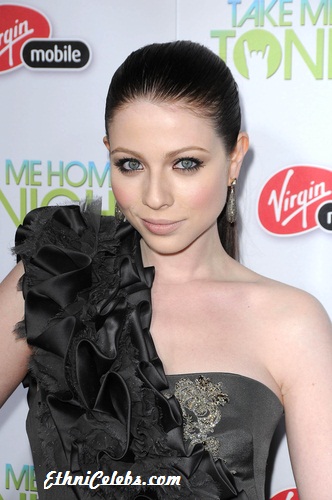 Trachtenberg in 2011, photo by s_bukley / Shutterstock.com

Michelle Trachtenberg is an American actress and model. She has starred on Buffy the Vampire Slayer and in the films Harriet the Spy, Inspector Gadget, EuroTrip, Mysterious Skin, Ice Princess, Beautiful Ohio, Black Christmas (2006), 17 Again, and Take Me Home Tonight, among others.

She is the daughter of Ilana/Lana and Michael Trachtenberg.

Michelle is of Jewish heritage. It is not clear if both of her parents are Jewish. Her surname, Trachtenberg, is usually Jewish. Michelle has also referred to her “Jewish mother guilt.” She has stated that she celebrates both Christmas and Hanukkah, and that her grandparents live in Israel.

Michelle can speak Russian fluently. She stated in an interview that this was the only way she could communicate with her grandparents.