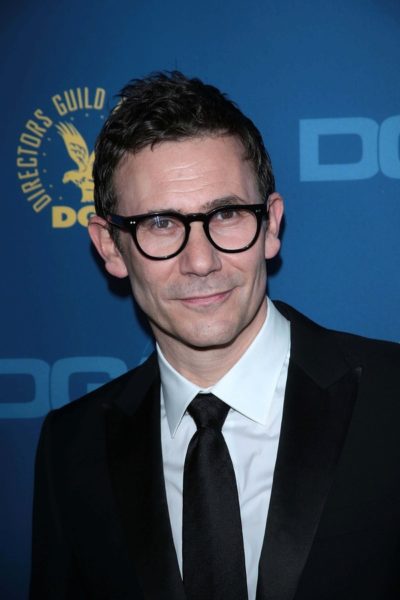 Hazanavicius in 2013, photo by s_bukley/Bigstock.com

Michel Hazanavicius is a French film director, producer, screenwriter, and editor. He won the Academy Award for Best Director for The Artist (2011).

Michel was born in Paris, France, to a Jewish family. His brother is actor and director Serge Hazanavicius. Michel is married to Argentinian-born French actress Bérénice Bejo. He has two children with his former partner, film director Virginie Lovisone; and two children with Bérénice.

Michel’s grandparents were from Lithuania and Poland. Regarding his family, he has stated:

We are not religious… But we certainly think of ourselves as Jewish, if only because of our history. All four of my grandparents came to France in the 1920s from Eastern Europe. They were fleeing pogroms and persecutions. Then came the Second World War and they had to run again. My parents were ‘hidden children,’ and some of the family died in the camps.