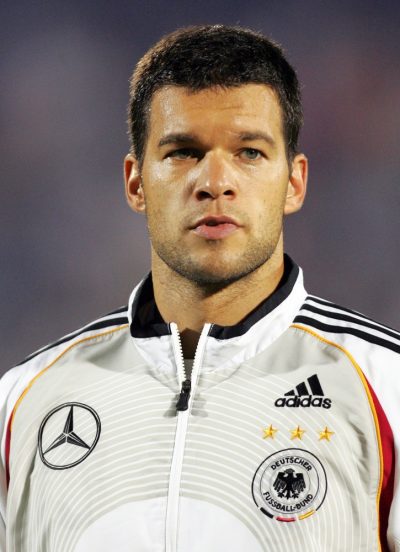 Ballack in 2006, photo by Prphotos.com

Michael Ballack is a German footballer. He was the captain of Germany national team, for whom he scored 42 goals in 98 matches.

Michael is the son of Karin and Stephan Ballack.

He is described in several websites as having Sorbian roots. Sorbs are a West Slavic ethnic group predominantly inhabiting Lusatia, a region divided between Germany, the states of Saxony and Brandenburg, and Poland.

Michael has three children with his former wife Simone Lambe.