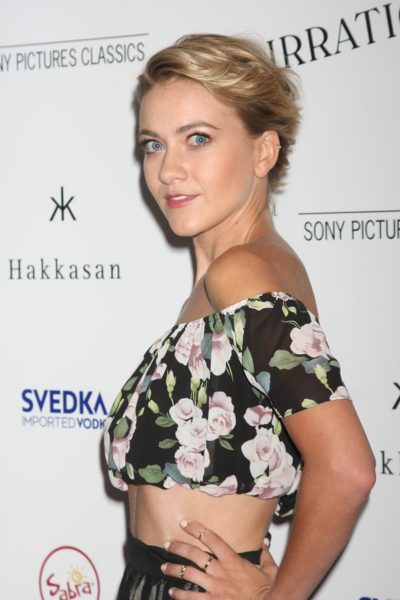 Hagner in 2015, photo by kathclick/www.bigstockphoto.com/

Meredith Hagner is an American actress.

She was raised partly in Houston, Texas, and Chapel Hill, North Carolina. She is married to actor Wyatt Russell, with whom she has a son.

Meredith’s paternal grandfather was Ronald Joseph Hagner (the son of Philip William Hagner and Dorothy Schmidt). Ronald was born in New York. Philip was the son of William Louis Hagner, whose parents were German, and of Elizabeth E. Stenglein. Dorothy was the daughter of Charles Schmidt and Alice Meyers, who were German.

Meredith’s maternal grandfather was Edmond/Edmund J. Parker (the son of Michael Parker and Mary Nagle). Edmund was born in New York. Michael was born in Fenit, County Kerry, Ireland. Mary was born in Connecticut, the daughter of Irish parents, Ganet Nagle and Catherine.

Meredith’s maternal grandmother was Isabell E. Carmody (who likely was the daughter of John Carmody and Agnes Foley). Isabell was born in New York, to Irish parents.