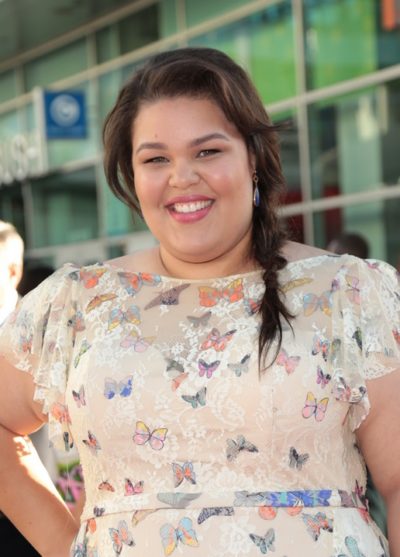 Britney Young is an American actress. She is known for her roles on the shows GLOW and Those Who Can’t.

Britney was born in Tokyo, Japan, the daughter of American parents, Debra and Fred Young, a basketball coach. Her father is African-American. Her mother is white. Britney was raised in Eagle River, Anchorage, Alaska.

Britney’s maternal grandfather was Robert James Baldwin (the son of James Charles Baldwin and Dolores Irene Latterell). Robert was born in Minnesota. Britney’s great-grandfather James was the son of Patrick Baldwin, who was Irish, and of Eva Mary Fuller, who had Irish ancestry. Dolores was the daughter of Casimir J. Latterell, who was of French-Canadian descent, and of Catherine Anna Cannon, whose parents were Canadians, of Irish descent, with at least partial roots in County Sligo.