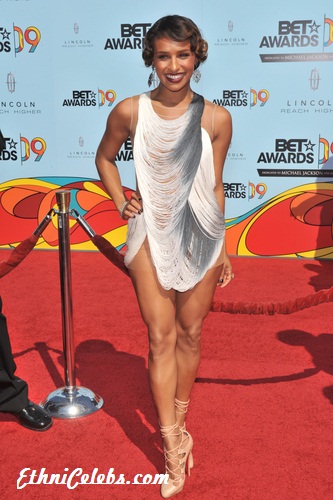 Thornton in 2009, image via Featureflash / Shutterstock.com

A lot of people are not aware that I am 50% Mexican America[n] and my dad is African American. My mom was born in Sonora, however; I do not speak Spanish. I grew up on all the Mexican American cultures though and I embrace that part of me… At times I wish I did speak the language, because there are so many interviews and networks I could be talking to, to represent the Pussycat Dolls and my Latin descent. However, it is a goal of mine, before I have children, to learn Spanish.