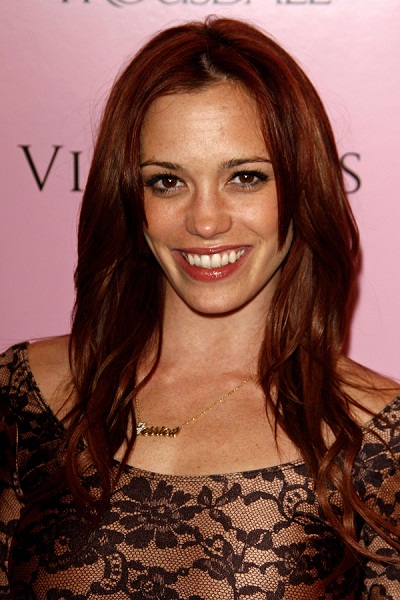 Sutta in 2010, photo by Joe Seer/Bigstock.com

Jessica Sutta is an American singer, dancer, songwriter, and actress. She is also known as J Sutta. She was part of The Pussycat Dolls, a band whose members also included Carmit Bachar, Kaya Jones, Ashley Roberts, Nicole Scherzinger, Melody Thornton, and Kimberly Wyatt.

She is the daughter of Elizabeth and Stuart Sutta. Her father is Ashkenazi Jewish, from a family from Russia, Poland, and Romania. Her mother has Irish ancestry. Jessica’s maternal grandmother was from Dublin.

Jessica is married to drummer Mikey Marquart, with whom she has a son.

Jessica’s paternal grandmother was Marion Esther Slachter (the daughter of Morris Slachter and Sophie Schechter). Marion was born in Connecticut, to a Polish Jewish father and a Romanian Jewish mother. Morris was born in Sejny, Suwalki, Poland, the son of David Schlachter and Chashe/Ida Smolofsky.

Sources: Genealogy of Jessica Sutta (focusing on her father’s side) – https://www.geni.com