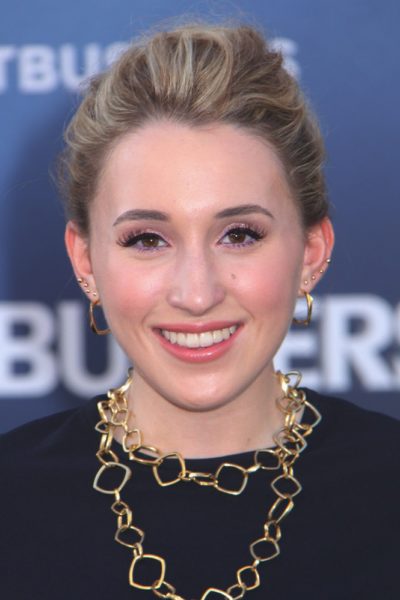 Harley Quinn Smith is an American actress and musician. She has had leading roles in the films Holidays (2016), Yoga Hosers, and All These Small Moments. She is the bass player and a singer in bubblegum punk band The Tenth.

Harley Quinn is the daughter of Kevin Smith, a filmmaker, actor, public speaker, comic book writer, author, comedian, and podcaster, and Jennifer Schwalbach Smith, a writer, actress, and broadcaster. She was named after the Batman villain Harley Quinn.

Harley Quinn’s patrilineal ancestry can be traced to William Smith, who was born, c. 1667, in Long Island City, New York.

Harley Quinn’s paternal grandfather was Donald Edgar Smith (the son of Edgar Joseph Smith and Mary Augusta Fredericks). Donald was born in New Jersey. Harley Quinn’s great-grandfather Edgar was of English, Irish, and distant German descent, and was the son of Edgar Stansbury Smith and Margaret C. Daly/Daley. Mary Augusta was the daughter of German parents, Charles Herman Fredericks and Elizabeth B. Semler.

Sources: Genealogy of Harley Quinn Smith (focusing on her father’s side) – https://www.geni.com