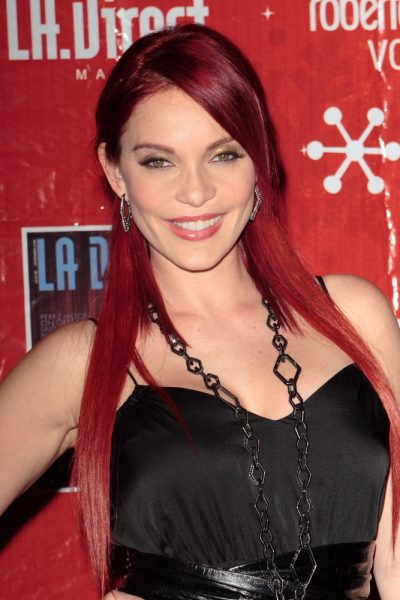 Bachar in 2008, image courtesy of Prphotos

Carmit Bachar is an American singer, dancer, model, actress, and showgirl. She is a member of the electro/pop duo LadyStation. She was part of The Pussycat Dolls, a band whose members also included Kaya Jones, Ashley Roberts, Nicole Scherzinger, Jessica Sutta, Melody Thornton, and Kimberly Wyatt. She was known as Foxy Doll.

Carmit is the daughter of Dina and Shlomo Nissin Bachar. Her father is Israeli, and Jewish. Her mother is of Dutch, Indonesian, and Chinese background. A picture of Carmit and her mother can be seen here. Carmit is married to Kevin Whitaker, with whom she has a daughter.