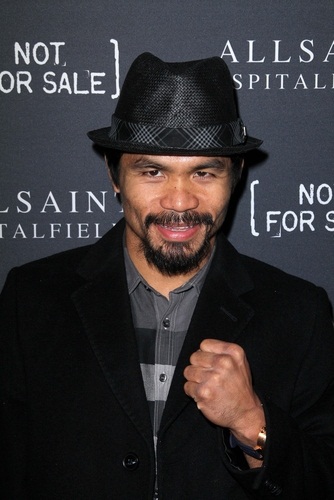 Pacquiao in 2011, image via s_bukley / Shutterstock.com

Manny is the son of Dionisia Mejia Dapidran and Rosalio Laraga Pacquiao. His father’s family is from Pinamungajan, Cebu. His mother is a native of Inopacan, Leyte. His brother is professional boxer and public official Bobby Pacquiao.

Manny is married to politician, socialite, media personality, and film producer Jinkee Pacquiao, with whom he has five children.