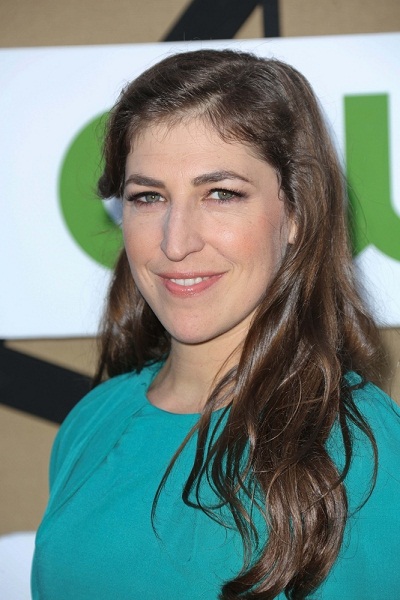 Mayim Bialik is an American actress, game show host, author, and neuroscientist. She is known for her roles as Blossom Russo on Blossom and Dr. Amy Farrah Fowler on The Big Bang Theory, and as a part-time host of Jeopardy!

Mayim is the daughter of Barry and Beverly Bialik, and is a practicing Jew. She was raised in Reform Judaism, and now practices Conservative/Orthodox Judaism. Her great-great-grandfather’s uncle was poet Chaim Nachman Bialak.

Mayim has two children with her former husband Michael Stone. Michael is a convert to Judaism.

A 23andMe DNA test whose results Mayim displayed on YouTube stated that her genetic ancestry is:

Mayim’s paternal grandmother was Jennie Dorothy Alexander (the daughter of Morris Alexander and Maryim Stolnicki). Jennie was born in Warsaw, Poland. Morris was the son of Labe Yitzhok Aleksander and Bailah. Maryim was the daughter of Wolf Stolnicki and Hannah.