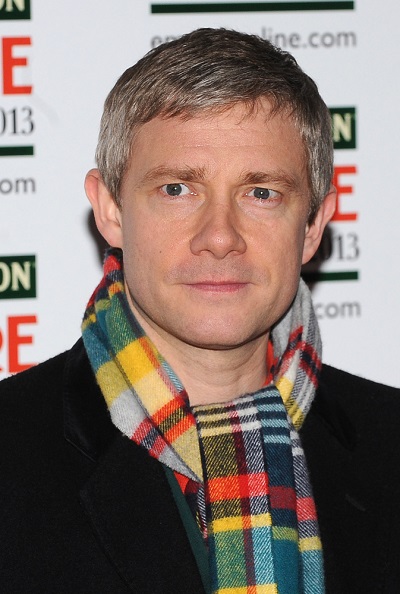 Freeman in 2013, photo by Prphotos.com

Martin Freeman is a British actor. He is the son of Philomena and Geoffrey Freeman, a naval officer. Martin has two children with his partner, actress Amanda Abbington.

Martin’s paternal grandmother was Alice Craven (the daughter of William Ernest Craven and Ada Winn). Alice was born in Sculcoates, Yorkshire, England. William was likely the son of John Craven and Anna/Ann Ayres. Ada was the daughter of Rowland Winn and Emma Loft.

Martin’s maternal grandfather was George Norris (the son of Robert Norris and Emily Rose Cann). George was born in Prestwich, Lancashire, England. Robert was the son of William Norris and Susan Savage, who was Irish. Emily was the daughter of Charles Cann and Louisa Bovett.

Sources: Genealogy of Martin Freeman (focusing on his father’s side) – http://www.geni.com