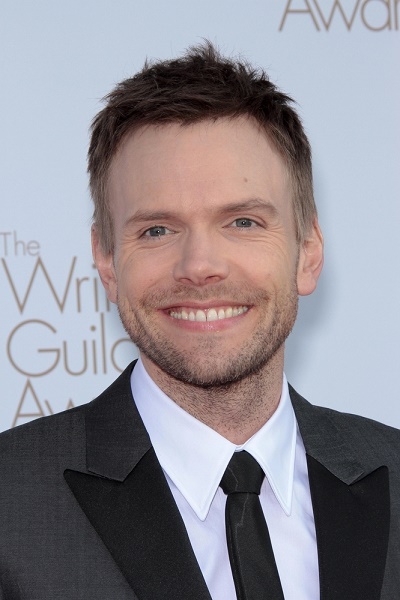 McHale in 2012, photo by Prphotos.com

Joel McHale is an American comedian, actor, writer, television producer, and television host. He is known for his shows The Soup and Community.

Joel was born in Rome, Italy, to an American father, Jack McHale, from Chicago, Illinois, and a Canadian mother, Laurie, from Vancouver. His father was Dean of Students at Loyola University Rome Center. Joel was raised in Mercer Island, Washington, and briefly in Haddonfield, New Jersey, U.S. He is married to Sarah Williams, with whom he has two children.

His father is of Irish descent. His mother is of one half Norwegian, one quarter Finnish, and approximately one quarter English, ancestry.

In an interview on Piers Morgan Tonight, He stated;

I am Irish Catholic… And Norwegian. So… we… can be funny and drunk and then really quiet.

Joel’s maternal grandmother was Priscilla Ruth Wicks (the daughter of Lorenzo Clisby Wicks and Ruth Meberg). Priscilla was born in Nebraska. Lorenzo had English ancestry, and was the son of Walter James Wicks and Emeline Sparrell Clisby. Ruth was born in South Dakota, to Norwegian parents, Louis C. Meberg, from Farsund, Vest-Agder, and Gunda Ottosdr Moum, from Tune, Østfold.