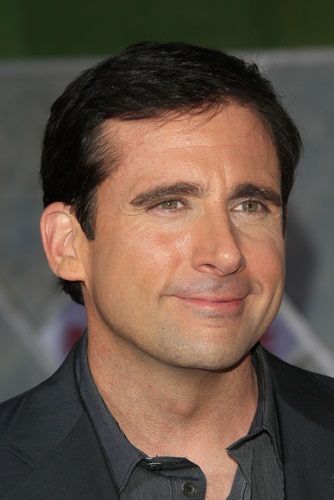 Steve Carell is an American actor, comedian, writer, director, and producer. His roles include The Office, Anchorman, and its sequel, The 40-Year-Old Virgin, Little Miss Sunshine, Over the Hedge, Evan Almighty, Horton Hears a Who!, Date Night, Dinner for Schmucks, Crazy, Stupid, Love; The Way, Way Back; Foxcatcher, Alexander and the Terrible, Horrible, No Good, Very Bad Day; Beautiful Boy, and Vice, among many others.

Steve was born in Concord, and raised nearby in Acton, Massachusetts. He is the son of Harriet Theresa (Koch), a psychiatric nurse, and Edwin A. Carell, an electrical engineer. His uncle Stanley Koch worked with scientist Allen B. DuMont to invent cathode ray tubes. His father’s original surname, Caroselli, was shortened to Carell. On his father’s side, Steve is of Italian and German ancestry. On his mother’s side, Steve is of Polish descent. He was raised Catholic. Steve is married to actress, comedian, and writer Nancy Carell, with whom he has two children.

While Steve has played several Jewish characters (including in three consecutive major films, a rarity for a major star of any background), he is not of Jewish heritage.

Steve’s maternal grandfather was Zygmont/Zigmund/Zygmond/Sigmund Koch (the son of Joseph Koch and Mary/Crestene/Custene Porcheskey/Pascoff). Zygmont is listed as born in Russia in one record and in Vilnius, Lithuania in another record, and was possibly of ethnic Polish descent. The name Pascoff may have been misspelled on records.