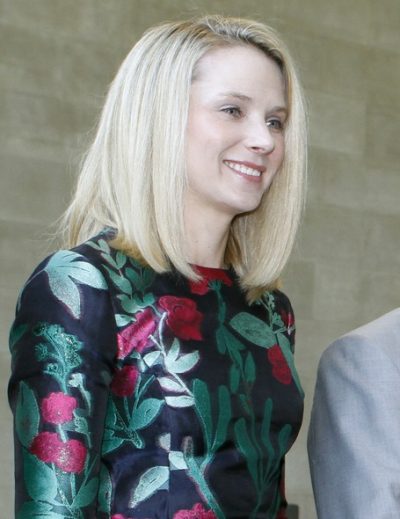 Marissa Mayer is an American information technology executive. She served as President and CEO of Yahoo!, from July 2012 to 2017. She co-founded Lumi Labs.

Marissa is the daughter of Margaret (Haleerg), an art teacher with Finnish ancestry, and Michael Mayer, an environmental engineer who worked for water companies. She is married to lawyer and investor Zachary Bogue, with whom she has three children.

Marissa’s paternal grandfather was Clement Walter “Clem” Mayer (the son of Royal Peter “Roy” Mayer and Ella K. Bauer). Clem was born in Wisconsin. He served as mayor of Jackson, Wisconsin, for 32 years. Royal was the son of Rudolph H. Mayer and Mary A. Fulwiler. Ella was the daughter of Michael Bauer and Katherine Wasmuth.

Sources: Genealogy of Marissa Mayer (focusing on her father’s side) – https://www.geni.com