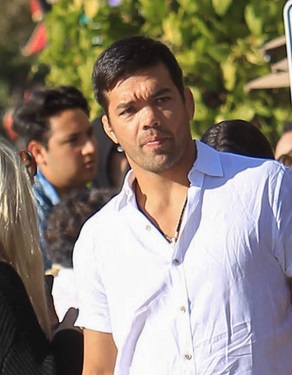 Lyoto Machida is a Brazilian mixed martial artist and karateka. He is signed with Bellator MMA, and competes in the Light heavyweight division. He has been UFC Light Heavyweight Champion and a UFC Middleweight Championship title challenger, and is a Brazilian Jiu-Jitsu black belt. Lyoto is known for his elusive stand-up striking skills, and has an uncanny ability to avoid damage by his opponents. He is nicknamed “The Dragon.”

Lyoto is the son of Ana Claudia Carvalho and Yoshizo Machida (町田嘉三), a Shotokan Karate master, who is the highly-ranked head of the Brazilian branch of the Japan Karate Association. The names Lyoto and Machida are Japanese. His father is from Ibaraki, Japan, and moved to Brazil alone when he was 22. His mother is Brazilian, from Bahia. Among his brothers are journalist Kenzô Machida and Shotokan Karate competitor Chinzo Machida. They were raised in Belém, Pará.

Lyoto began training in Shotokan Karate at the age of three, sumo at eight, and BJJ and boxing at sixteen.

Lyoto is married to Fabyola, with whom he has two children.