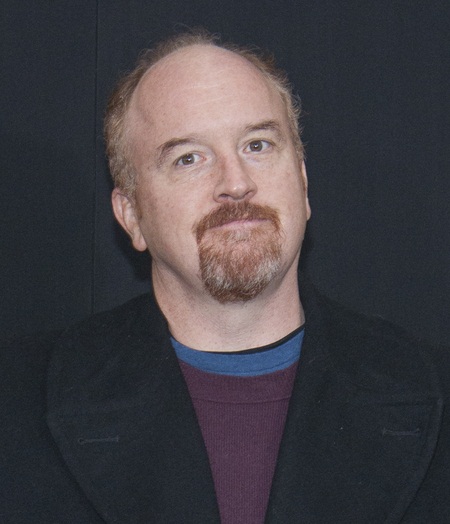 He was born Louis Székely, and is the son of Mary Louise (Davis), a software engineer, and Luis Székely, an ecnomomist. Louis’s father was born in Mexico and Louis’s mother was from Michigan, U.S. Louis spent several years in Mexico as a child.

Louis’s mother had Irish, German, and English ancestry. She was raised Catholic.

Louis has two children with his former wife, artist and painter Alix Bailey.

Louis’s maternal grandfather was Alfred Clare Davis (the son of John Parker Davis and Amelia Martin). Alfred was born in Michigan, to Canadian parents. John was the son of Thomas Davis, of County Cavan, Ireland, and of Margaret Bell Parker, whose parents were English. Amelia was the daughter of Constantine Martin and Mary Ellen McGee, who were of Irish descent.

Genealogy of Louis C.K. (gives incorrect names of several of his ancestors) – https://www.geni.com