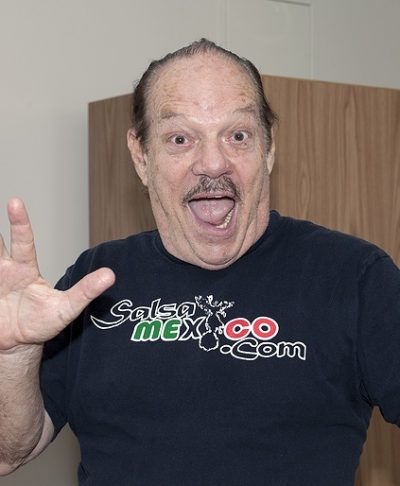 Larry Harlow was an American salsa music performer, composer, and producer. He was a founding member of Fania All-Stars, a salsa band.

Larry was the son of Rose Sherman, an opera singer, and Buddy Kahn (born Nathan Kahn), the bandleader at the Latin Quarter in New York, under the name Buddy Harlowe. He was affectionately nicknamed “el Judio Maravilloso,” the Marvelous Jew, by his bandmates.

Larry’s paternal grandfather was Louis Cohen/Kahn (the son of Moises Kosche and Rachel Forster). Louis was born in Austria.