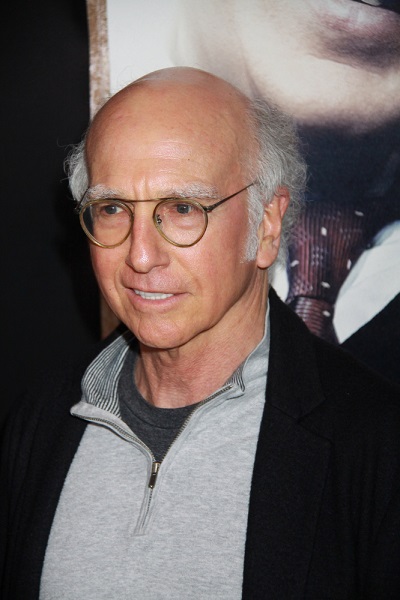 Larry is the son of Rose (born Regina Brandes) and Mortimer Julius David. His father was of German Jewish descent, with many of his ancestors having settled in the U.S. in the 1850s. His mother was born in Tarnopol, Galicia, now in Ukraine.

Larry is married to Ashley Underwood. He has two children, including actress and writer Cazzie David, with his former wife, environmental activist Laurie David. Laurie is also Jewish.

A DNA test whose results were displayed on the show Finding Your Roots with Henry Louis Gates, Jr. (2017) stated that Larry’s genetic ancestry is:

Genetically, he was found to have a common ancestor with politician Bernie Sanders, to whom he is often compared, and actress Anjelica Huston, likely through shared Ashkenazi DNA.

Larry’s maternal grandfather was Leib “Louis” Brandes (the son of Izrael Brandes and Blume Bogner). Leib was born in Tarnopol, Galicia. Blume was the daughter of Moses Bogner and Marjem Elki/Elkl.

Larry’s maternal grandmother was Sara Golda “Sadie”/”Sali” Superfein (the daughter of Abraham Superfein and Chana/Chany Marmor). Sara was born in Tarnopol, Galicia. Chana was the daughter of Moses and Golda/Golde.

Family history of Larry David (focusing on his father’s side) – http://www.recordclick.com