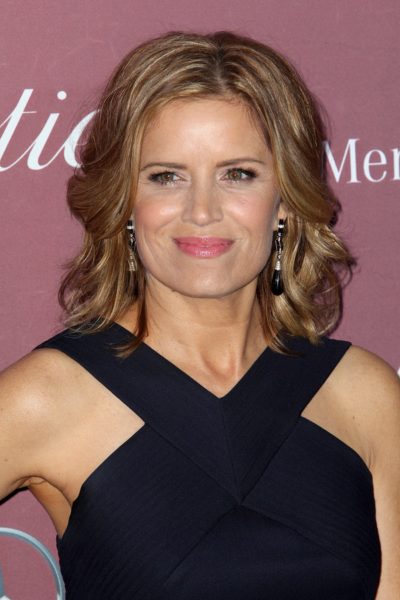 Dickens in 2015, photo by cvanwagoner/Bigstock.com

Kim Dickens is an American actress.

Kim is the daughter of Pam and Justin Dickens, a country-western singer. She has one daughter.

Kim’s paternal grandfather was Johnnie/Johnny Clay Dickens (the son of James Clay Dickens and Effie Bynes, or Sarah Elizabeth Smith). Johnny was born in Alabama. James was the son of John Wesley Dickens and Hattie Bell Woodside. Sarah was the daughter of William Walton Smith and Callie Belle Hicks.