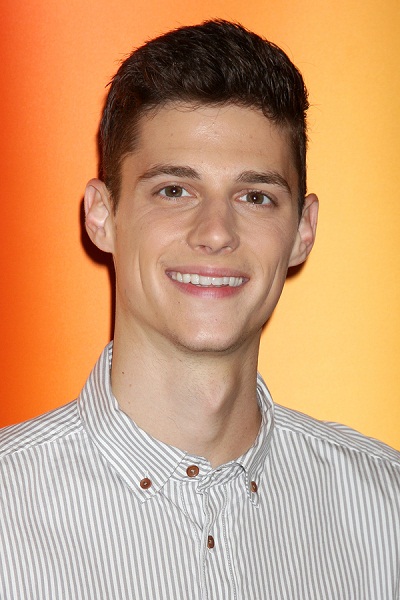 Baumann in 2011, photo by kathclick/Bigstock.com

Ken Baumann, also known as Kenneth Baumann or Kenny Baumann, is an American actor, author, publisher, and book designer. He is known for his starring role on the show The Secret Life of the American Teenager.

Ken was raised in Abilene, Texas, where his family operated a horse ranch and wildlife rescue. He is married to actress Aviva (Aviva Farber).

Ken’s paternal grandmother was Dorris L. Goebel (the daughter of Erwin Carl Goebel and Hilda E. Helwig). Dorris was born in Missouri, and was of German descent. Erwin was the son of Karl/Charles Goebel and Bertha M. Frick. Hilda was the daughter of Henry August Hellwig and Mina Wilhelmina Vitt.

Ken’s maternal grandfather is Clyde Sebastian (the son of Guiseppe Sebastiani/Joseph Sebastian and Francesca/Francis/Frances Fossorier/Froslear). Clyde was born in Ohio, to parents from Vieste, Apulia, Italy.

Ken’s maternal grandmother is Geraldine Verena Heltman (the daughter of William Paul Heltman/Heitman and Mattie Varena/Z. Vickers). Geraldine was born in Pennsylvania. William was the son of Cyrus Andrew Heltman and Elizabeth F. MacMurray. Mattie was the daughter of Daniel Webster Vickers and Lucy Paulk.