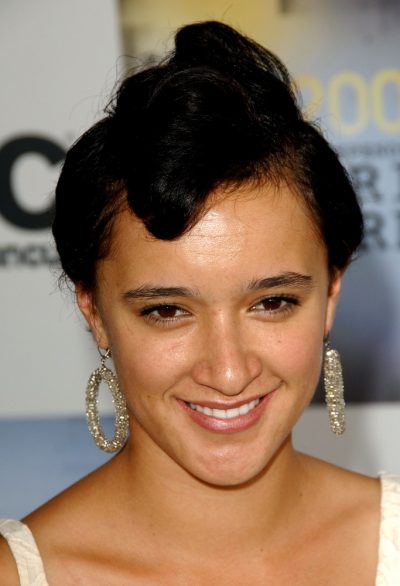 Keisha Castle-Hughes is an Australian-born New Zealand actress. She is known for playing Paikea “Pai” Apirana in the 2002 film Whale Rider, as well as for her roles in Piece of My Heart, The Nativity Story, Game of Thrones, and FBI.

Keisha was born in Donnybrook, Australia, and moved to Auckland, New Zealand in 1991. She has received New Zealand citizenship. She is the daughter of Desrae Hughes and Tim Castle. Her father, an Australian, has English ancestry. Her mother is Māori, and is also of part English descent. Keisha is married to Donny Grahamer. She has a daughter with her former partner Bradley Hull; and a daughter with Danny.

Keisha’s maternal grandfather is Kevin Thomas Hughes (the son of Thomas “Tom” Taihoa Ahuriri Hughes and Kathleen Mary “Kay” Neil). Thomas was the son of Etera Saddler Ahuriri, who was Māori, and who likely also had a Scottish great-grandfather; and of Irene Hughes, who likely was of English parentage. Etera was a nephew of Heni Materoa Carroll, leader of the Te Aitanga-a-Māhaki.

Sources: Genealogy of Keisha Castle-Hughes (focusing on her mother’s side) – https://www.geni.com