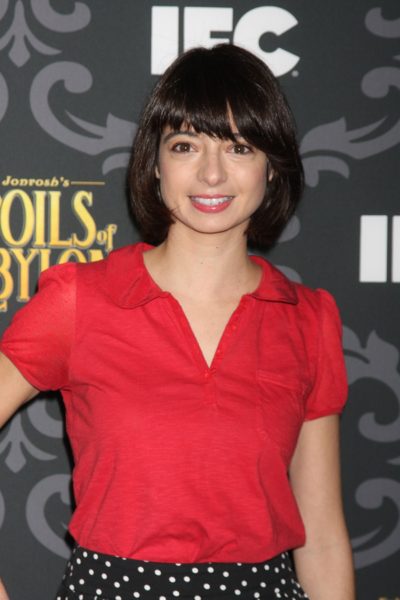 Micucci in 2014, photo by kathclick/Bigstock.com

Kate Micucci is an American actress, comedian, singer, songwriter and artist. She is one half of the musical comedy duo Garfunkel and Oates, along with Riki Lindhome.

Kate is the daughter of Lynn and Michael Micucci. She is married to record producer, musician, singer, and songwriter Jake Sinclair.

Kate’s maternal grandfather was named Edward L. Barry, Sr. (the son of Leo Barry and Victoria). Edward was born in New Jersey, to a Polish father and a Czech mother.

Kate’s maternal grandmother was Gloria Sferra (the daughter of Joseph Adam Sferra and Maria/Mary Maiullo Sferra). Gloria was of Italian origin. Joseph was the son of Pasquale Sferra and Nicolina. Maria was the daughter of Antonio Maiullo and Felicia DiMuro LoMonaco.