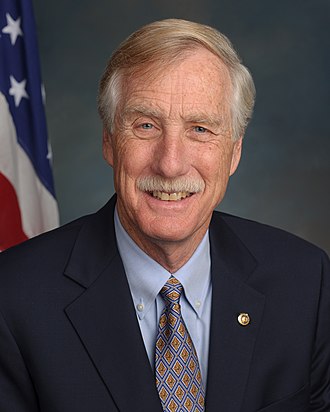 Angus King is an American politician. An Independent who caucuses with the Democratic Party, he has served as a U.S. Senator from Maine, since January 3, 2013. He was previously Governor of Maine, from January 5, 1995 to January 8, 2003.

He is the son of Ellen Archer (Ticer) and Angus Stanley King, a lawyer. He is married to Mary Herman. He has one child with his former wife Edie Birney; and four children with Mary.