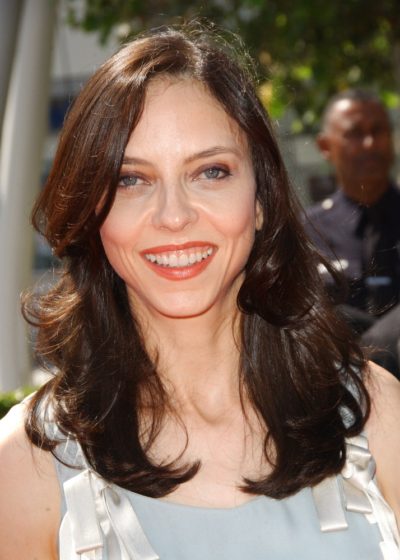 Juliet Landau is an American actress and ballerina. She is known for playing Drusilla on the series Buffy the Vampie Slayer and Loretta King Hadler in Tim Burton’s film Ed Wood. She has also written comic books based on the “Buffyverse”.

Juliet is the daughter of actors Martin Landau and Barbara Bain (born Mildred M. Fogel). Her sister is producer, writer, and director Susan Landau Finch. Her family is Jewish (from Ukraine, Austria, Russia, and Germany).

Juliet’s paternal grandfather was Morris Landau (the son of Nathan Landau and Rose Goldeck/Goldrich or Rebecca Zuckerman). Morris was born in Chortkiv, Ukraine, and smuggled Jews out of Europe during World War II. Nathan was born in Horodenka. Rebecca was born in Austria.

Juliet’s maternal grandparents were Ben F. Fogel (the son of Henry Fogel and Rose Rudman) and Mary Schriftman (the daughter of Menachem Schriftman and Malke Bain). Ben and Mary were born in Russia. Henry was born in Rostov, the son of Isaac Fogel.

Sources: Genealogy of Juliet Rose Landau (focusing on her father’s side) – http://www.geni.com