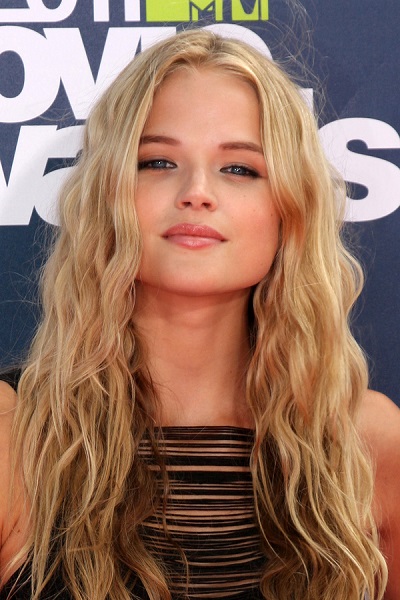 Wilde in 2011, photo by kathclick/Bigstock.com

Gabriella Wilde is an English model, actress, and socialite. She has starred and/or co-starred in the films The Three Musketeers (2011), Carrie (2013), and Endless Love (2014).

She is the daughter of Vanessa Mary Theresa (Hubbard), a socialite, and John Austen Anstruther-Gough-Calthorpe, a businessperson. She is married to Alan Pownall, lead singer of electronic outfit Pale, with whom she has three children.

Gabriella is from a prominent family, with upper-class ancestors on both sides of her family going back hundreds of years. Her ancestry is English, with some Scottish, Northern Irish, Irish, and remote Dutch. She is descended from Stephanus Van Cortlandt, the first native-born Mayor of New York (who served from 1677 to 1678).

Gabriella’s matrilineal line can be traced back to Christian Browne, who was born in the 1700s, and whose family lived in Limerick, Ireland.