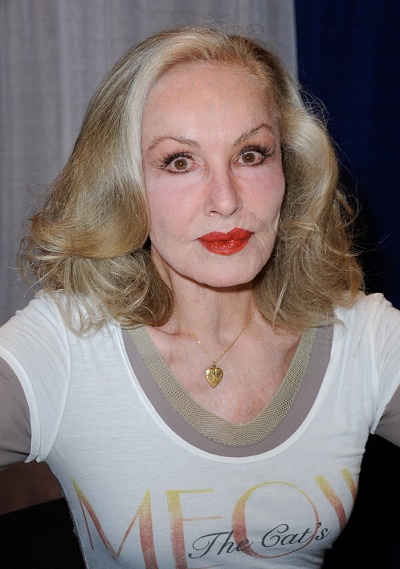 Julie Newmar is an American actress, dancer, and singer.

She is the daughter of Helene M. (Jesmer) and Don Newmeyer (Donald Charles Newmeyer), who was head of the Phys Ed department at Los Angeles City College. She has a son with her former husband, lawyer J. Holt Smith.