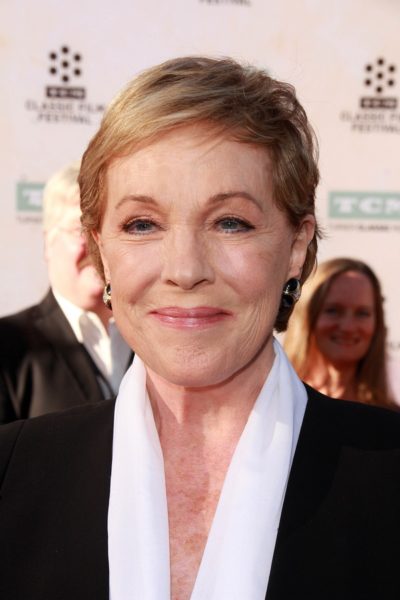 Andrews in 2015, photo by kathclick/Bigstock.com

Julie Andrews is an English actress, singer, dancer, director, and author. She won the Academy Award for Best Actress for Mary Poppins (1964).

She was born under the surname of her mother’s husband, Edward Charles Wells, but he was not her biological father. Her mother’s name was Barbara Ward (Morris).

Julie was married to American filmmaker Blake Edwards, until his death. She has a daughter with her former husband, set designer Tony Walton; and two children with Blake.

Edward Wells was the son of David Wilfred Wells and Elizabeth Packham.