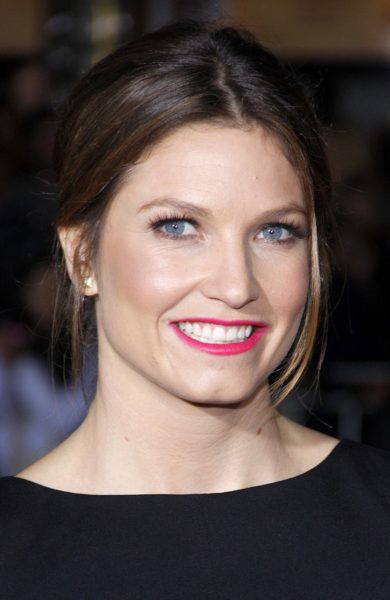 Mancuso in 2014, photo by Starfrenzy/Bigstock.com

Julia is the daughter of Andrea and Ciro Mancuso. Her father was convicted of running a $140-million marijuana smuggling operation for more than a decade, one of the largest domestic drug cartels in the U.S. Julia is married to surfer Dylan Fish, with whom she has a son.

Julia’s paternal grandmother was Velma L. Maddon (the daughter of Rueben R. Maddon and Tishey Barnwell). Velma was born in Oklahoma. Rueben was the son of Joseph Cyrus Maddon and Cordelia Emmaline. Tishey was the daughter of James Posey Barnwell and Mattie J. Poteet.

Julia’s maternal grandfather was Dr. Dennis Lee “Denny” Tuffanelli, a prominent dermatologist (the son of Constant George “Babe” Tuffanelli and Augustine Amour). Julia’s grandfather Dennis was born in Pasadena, California. Julia’s great-grandfather Constant was a mobster, who ran Chicago’s southside for Al Capone. Constant was born in Illinois, the son of Ferdinand/Fred Gaetano “Tano” Tuffanelli, who was from Ferrara, Emilia-Romagna, Italy, and of Julia Louise Gobet, who was born in Chicago, to a Swiss-born father and an Italian-born mother. Julia’s great-grandmother Augustine was born in California, to a French-born father, August Amour, and to a Spanish born-mother, Alberta Ricaldi.

Julia’s maternal grandmother is Sheila Howell, an artist. Sheila was born in the Philippines, to a British father and an Irish mother.