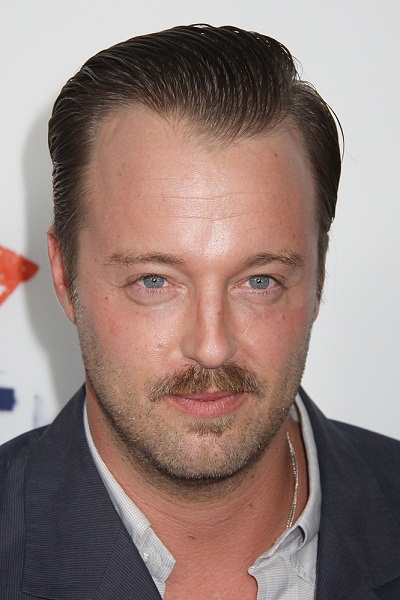 Leonard in 2013, photo by Prphotos.com

Joshua Leonard is an American actor, writer, and director. He is known for starring in the film The Blair Witch Project.

He is the son of Joann and Robert Leonard. Joshua’s father, whose own father was a Lutheran minister, is of German, and a small amount of English and Irish, descent. Joshua’s mother is Jewish.

Joshua is married to actress Alison Pill, with whom he has a daughter.

The surname Leonard was Lehner many generations back.

Joshua’s maternal grandfather was Jack Morton Rose (the son of Abe Rosenbaum/Rose and Fannie/Fayge Wolfe). Jack was born in Illinois. Abe was born in Lithuania, the son of Israel Rosenbaum/Rose, from Sudargas, and Pauline/Pesha Fienberg/Fineberg/Feinberg, from Jurbarkas. Fannie was born in Kansas or Missouri, to Jewish parents from Russia and Jurbarkas, Lithuania, respectively, Moses/Morris/Moshe Yehuda Wolfe and Shayna Gittel/Jennie Tempofsky.

Genealogy of Joshua’s paternal grandfather, Luther Granville Leonard (focusing on his own father’s side) – http://worldconnect.rootsweb.ancestry.com