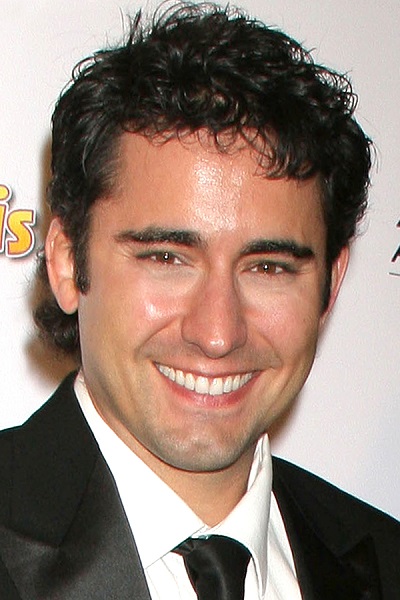 Young in 2009, photo by s_bukley/Bigstock.com

Ethnicity:
*father – English, along with Welsh and German
*mother – Italian [Sicilian, some Apulian]

John Lloyd Young is an American actor and singer. He starred as Frankie Valli in the film Jersey Boys, a role he also originated on stage.

John is the son of Rosemarie and Karl Young, a Strategic Air Command tanker-squadron commander. He was raised in Plattsburgh, New York.

John’s paternal grandfather was Wesley Horace Young (the son of Horace Howland Young and Carrie Margaurite Jones). Wesley was born in Utica, Oneida, New York. John’s great-grandfather Horace was the son of Floyd David Young and Mary Elvira “Matie” Brown. Carrie was the daughter of Robert H. Jones, who was Welsh, and of Carrie E. Brockway, who also had Welsh parentage.

John’s paternal grandmother was Norma Ellen Mills (the daughter of John Lloyd Mills and Esther Ida Seckner). Norma was born in Chepachet, New York. John was the son of Milton Samuel Mills and Lena May Beebe. Esther was the daughter of Wilmott Seckner, who was of German descent, and of Ida Harriett Williams.

Sources: Genealogy of John LLoyd Young (focusing on his father’s side) – http://familytreemaker.genealogy.com

Genealogy of John’s paternal grandfather, Wesley Horace Young (focusing on his own father’s side) – http://worldconnect.rootsweb.ancestry.com