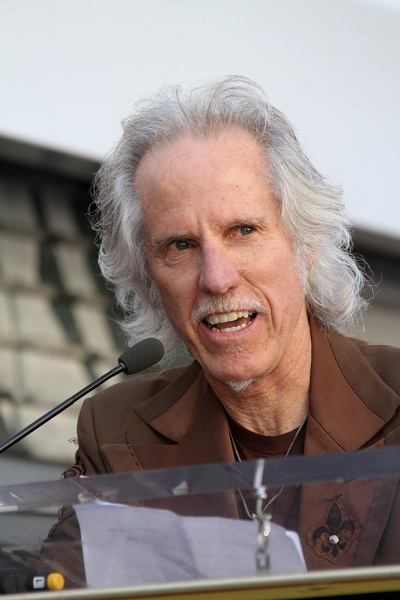 Densmore in 2013, photo by Prphotos

John Densmore is an American musician, songwriter, author, and actor. He was a drummer for The Doors, a band whose members also included Robby Krieger, Ray Manzarek, and Jim Morrison.

John is the son of Margaret Mary and Ray Blaisdell Densmore.