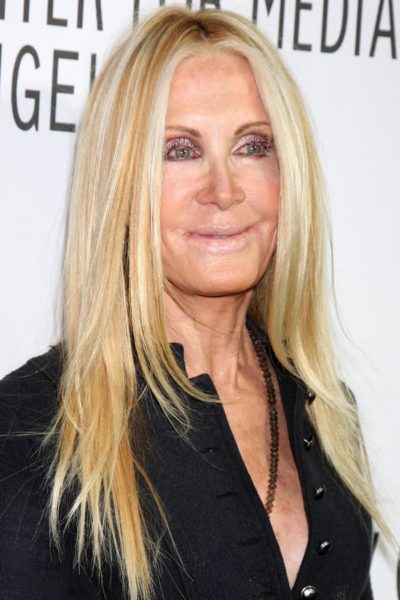 Van Ark in 2013, photo by kathclick/www.bigstockphoto.com/

Joan Van Ark is an American actress. She is the daughter of Dorothy Jean (Hemenway) and Carroll Van Ark, an advertiser and public relations consultant. Her sister is actress Carol Kuykendall.

She is married to reporter John Marshall. The couple has a daughter, actress, singer, and model Vanessa Marshall.

Joan’s paternal grandfather was Henry/Hendrik Van Ark (the son of Gradus/Gerardus Van Ark and Alice/Aaltje Oldenhof). Henry was born in Michigan, to Dutch parents. Gradus was the son of Harmen Van Ark and Jacoba Bosch. Alice was the daughter of Jan Oldenhof and Anthonia/Antonia Veerman.

Joan’s paternal grandmother was Alice Mae Miller (the daughter of Christopher/John Miller and Alberta Eskes/Escus). Alice was born in Michigan.

Joan’s maternal grandmother was Dorothy Case Rust (the daughter of Eugene Rust and Nellie Augusta Case). Dorothy was born in Missouri. Eugene was the son of William Maxwell Rust and Martha Jane Weeks. Nellie was the daughter of Isaac Winslow Case and Pamela Augusta Gilman.