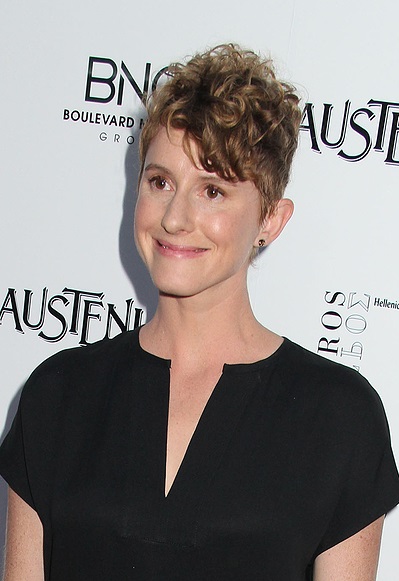 Hess in 2013, photo by s_bukley/Bigstock.com

Jerusha Hess is an American filmmaker. Jerusha and her husband, Jared Hess, are filmmaking partners. They are known for their work on movies Napoleon Dynamite, Nacho Libre, and Gentlemen Broncos, directed by Jared, and Austenland, directed by Jerusha.

Jerusha and Jared have four children. They were both raised in Mormon (LDS) families.

Jerusha’s maternal grandfather was Charles Hamlin Osborn (the son of William Wallace Osborn and Alice Mabel Hamlin). Charles was born in Utah. William was born in Idaho, the son of David A. Osborn and Nancy Thorn. Alice was born in Massachusetts, the daughter of Peter Hamlin, who was Swedish, and of Anna Octavia Tellefsen, who was Norwegian.

Sources: Genealogy of Jerusha Hess (focusing on her mother’s side) – https://www.geni.com