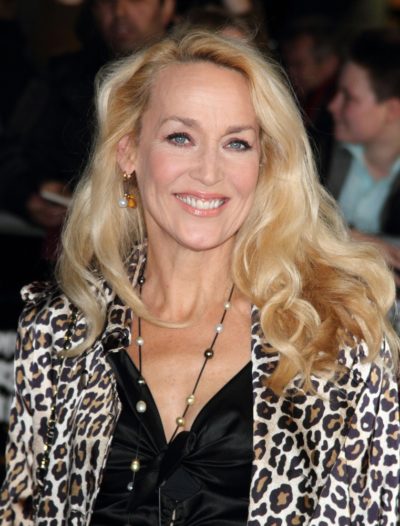 Jerry Hall is an American model and actress.

Jerry is the daughter of Marjorie Nell (Sheffield) and John Prentice Hall. She has English, some Irish, Scottish, and Scots-Irish/Northern Irish, and remote French, ancestry. She is married to Australian-born media proprietor and entrepreneur Rupert Murdoch. She has four children, including model Georgia May Jagger, with her former husband, British singer Mick Jagger.

Jerry’s paternal grandfather was John Travis Hall (the son of James Joseph Hall and Parthenia Dunham). John was born in Texas. James was English, from Blackburn. Parthenia was the daughter of John Thomas Dunham and Elizabeth Jane Reid.

Jerry’s paternal grandmother was Mary Matilda Lewis (the daughter of Thomas Preston Lewis and Amanda Ursula White). Mary was born in Texas. Thomas was the son of John Cooper Lewis and Louisa Jane Wright. Amanda was the daughter of William Leonard Wright and Mary Elizabeth Jones.