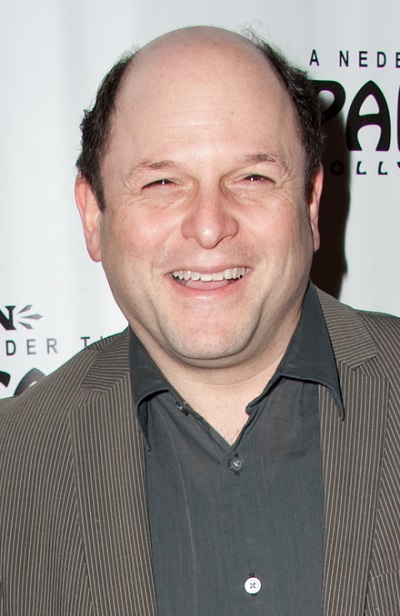 Alexander in 2011, photo by Prphotos.com

Jason Alexander is an American actor, comedian, singer, writer, director, and producer. He is the son of Ruth Minnie and Alexander Greenspan. He is married to Daena E. Title, with whom he has two children. Daena is a cousin of filmmaker Stacy Title, who was married to actor Jonathan Penner.

Jason’s maternal grandfather was Sam Simon (the son of Kiva/Akiva/Akina/Kivol Sutzkever/Simon and Ethel/Ettel Asinosky). Sam was born in Russia. Kia was born in Vilna, Vilniaus, Lithuania, the son of Naftali/Mord Tzvi Sutzkever/Sutskever and Sarah Kinden. Ethel was born in Smorgon, Grodno, Belarus.

Source: Genealogy of Jason Alexander (focusing on his father’s side) – https://www.geni.com