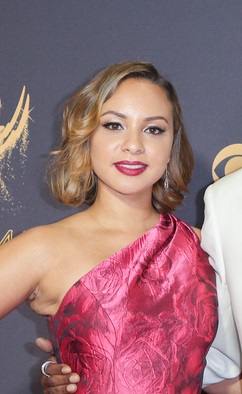 Jasmine Cephas Jones is an American actress and singer.

She is the daughter of jazz singer Kim Lesley (born Kim Spaughton) and actor Ron Cephas Jones. Her father is American. Her mother is English.