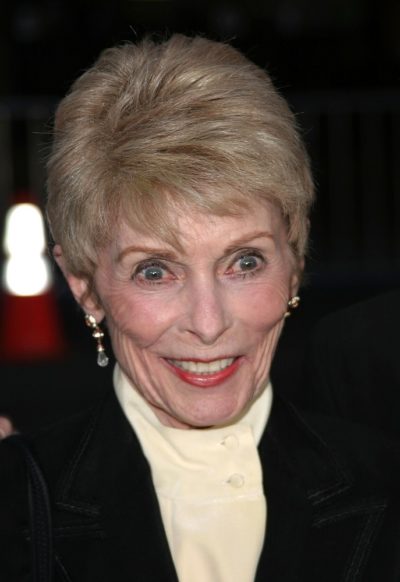 Janet Leigh was an American actress, singer, dancer and author.

She is the mother of actresses Kelly Curtis and Jamie Lee Curtis, with her former husband, actor Tony Curtis. Janet is the daughter of Helen Lita (Westergaard) and Frederick/Fred Robert Morrison. She was married to stockbroker Robert Brandt, until her death.

Janet’s paternal grandfather was John Beauregard Morrison (the son of McHenry/Henry Morrison and Susan Ellen/Eliza Tichenor/Titchenal). John was born in California. McHenry was the son of Miles Morrison and Catherine Griggs. Susan was the daughter of William Herbert Titchenal and Sarah Ann Dickason.

Janet’s paternal grandmother was Katharine/Katherina/Katherine Francis/Frances Reeb (the daughter of George Reeb/Rube and Rosina Hunziker). Katharine was born in California. George was born in Zutzendorf Bas-Rhin, France, to an ethnic German family, and was the son of Johann Theobald Reeb and Margaretha Elizabetha Hanns. Rosina was born in Switzerland, of Swiss-German descent.

Janet’s maternal grandmother was Lita Olga Gordia Magelia Kofoed/Coffee (the daughter of Peter Lucius/Lucias Kofoed/Kofod/Coffee and Laura Margrethe/Margarethe Kristine/Christina Larsen). Lita was Danish. Peter was born on the Danish island Bornholm, in the Baltic Sea, and was the son of Peder Kofoed Jensen and Eline Jacobine Wiinberg.

Genealogy of Janet Leigh (focusing on her father’s side) – http://worldconnect.rootsweb.ancestry.com