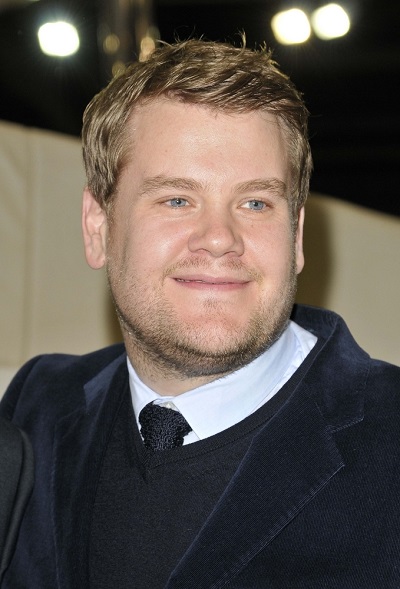 Corden in 2014, photo by Prphotos.com

James Corden is an English actor, comedian, writer, television personality, producer, and singer. He has hosted The Late Late Show with James Corden since 2015. His roles include the series Gavin & Stacey, the films Gulliver’s Travels, The Three Musketeers (2011), One Chance, Begin Again, Into the Woods, Kill Your Friends, Peter Rabbit, and The Prom, and stage plays.

He was raised in the Salvation Army church. He is now non-religious.

James is married to Julia Carey, with whom he has three children.