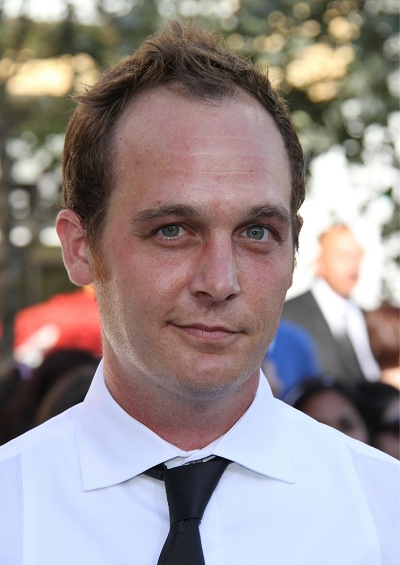 Ethan Embry is an American actor. His roles include the films Dutch, All I Want For Christmas, A Far Off Place, Evolver, White Squall, That Thing You Do!, Vegas Vacation, Dancer, Texas Pop. 81, Can’t Hardly Wait, Sweet Home Alabama, They, Timeline, Cheap Thrills, The Devil’s Candy, and Vacancy. He has also been credited under his birth name Ethan Randall.

His brother is songwriter and record producer Aaron Embry, and his sister Kessia is a photographer. Ethan is married to actress and model Sunny Mabrey. He has a son with his former wife, actress Amelinda Smith.

Ethan’s patrilineal ancestry can be traced to Richard Randall, who was born, c. 1633, in Trowbridge, Wiltshire, England.

Ethan’s paternal grandfather was Cecil Clyde Randall (the son of Henry Earl Randall and Leona Mary Fish). Cecil was born in Texas. Henry was the son of George Washington Randall and Laura Humphrey. Leona was the daughter of Prince William Fish and Dora E. Siems/Seems, who was German.

Ethan’s paternal grandmother was Mary Louise French (the daughter of Charles Everell French and Gertrude Angeline/K. Knapp). Mary Louise was born in Minnesota. Charles was the son of Hayden French and Alice Struble. Gertrude was the daughter of Benjamin C. Knapp and Adelaide E. “Addie” Talboys, whose parents were English.

Ethan’s maternal grandmother is Sandra Mae Gardiner (the daughter of Virgil Raymond Gardiner and Willie Lottie Donnell). Sandra was born in Texas. Virgil was the son of Henry Gardiner, who was born in Somerset, England, and of Angeline/Angelina “Annie” Goodall. Willie was the daughter of William Walter Donnell and Nina May Alexander.