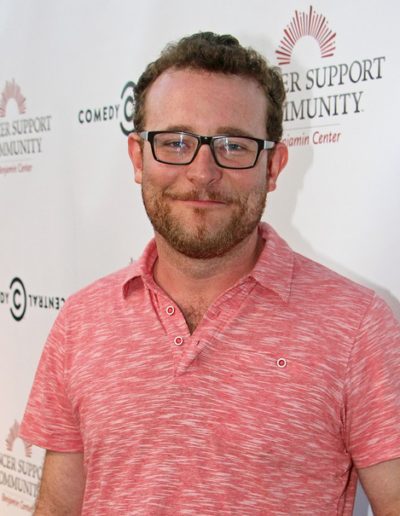 James Adomian is an American stand-up comedian, actor, and impressionist.

James is the son of Suwannee/Suzanne M. (Randolph) and Haig Antranig Adomian. James was raised in Atlanta, Georgia, and Los Angeles, California.

I’m a quarter Armenian, so while I don’t really look Armenian to most people, the struggle of the Armenian people is very important to me, and I follow Armo news pretty closely.

James’s paternal grandfather was mathematician George Adomian (the son of Haig Adomian and Rose Harutunian). George was born in New York, to parents from Armenia.

James’s paternal grandmother was Corinne Hodgson (the daughter of Mark William Hodgson and Dorothy Jaquette). Mark was the son of William Emmet Hodgson and Mary M. Phillips. Dorothy was the daughter of Walter Parke Jaquette and Luella Belle Patton.

James’ maternal grandfather was Howard Wesley Randolph (the son of James Breckenridge “Breek” Randolph and Goldie Nell Hoobler). James was the son of John Brown Randolph and Sarah A. Williams.

Sources: Genealogy of James Adomian (focusing on his mother’s side) – http://www.ancestry.com