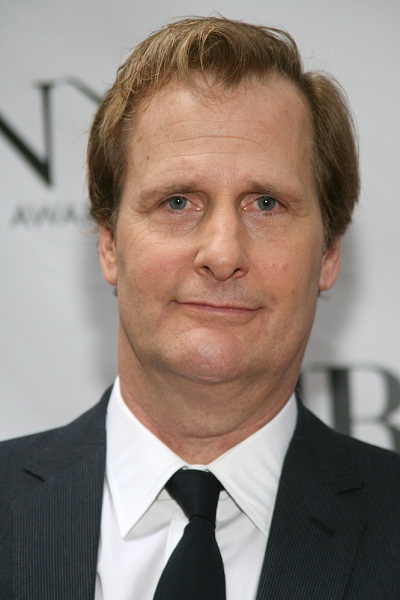 Ethnicity: English, as well as Scots-Irish/Northern Irish, Scottish, and German

Jeff Daniels is an American actor, playwright, and musician. His roles include the films Ragtime, Terms of Endearment, The Purple Rose of Cairo, Heartburn, Something Wild, Gettysburg, Speed, Dumb and Dumber, 101 Dalmatians, Pleasantville, The Hours, The Squid and the Whale, Good Night, and Good Luck., Infamous, Looper, Steve Jobs, and The Martian, television’s The Newsroom, Godless, The Looming Tower, and The Comey Rule, and many acclaimed stage performances.

He is the son of Marjorie Jane (Ferguson) and Robert Lee “Bob” Daniels, who was mayor of Chelsea, Michigan, where Jeff was raised, and owned The Chelsea Lumber Company.

Jeff is married to Kathleen Rosemary Treado, with whom he has three children.

A DNA test whose results were displayed on the show Finding Your Roots with Henry Louis Gates, Jr. (2023) stated that Jeff’s genetic ancestry consists of:

Jeff’s paternal grandfather was Warren Ruel Daniels (the son of Edward Warren McDaniels/Daniels and Susie/Susan Waite Burkhart). Jeff’s grandfather Warren was born in Michigan. Edward was the son of James Felix McDaniels, who was born in Cambridgeshire, England, and of Sarah Speechly/Speechley. Susie was the daughter of Charles Glenn Burkhart and Roxana/Roxanna Harriet Searles/Searls.

Jeff’s paternal grandmother was Gertrude Estelle/Estella Storms (the daughter of Frank E. Storms and Belle Alice Chandler). Gertrude was born in Michigan. Frank was the son of Melvin H. Storms and Mary Jane Kingsley. Belle was the daughter of Charles E. Chandler and Mary Ellwell.

Jeff’s maternal grandfather was Lee Ezra Ferguson (the son of Jay C. Ferguson and Cortland Mary Rebecca Marsh). Lee was born in Michigan. Jay was the son of Alva P. Ferguson and Stella/Nellie Underwood. Cortland was the daughter of Ezra Marsh and Mary L. G. Smith, who was from Montréal, Québec, Canada.

Jeff’s maternal grandmother was Sylvia Sarah Williams (the daughter of Ralph Osbert Williams and Nellie Burnett). Sylvia was born in Michigan. Ralph was the son of Osbert E. Williams and Sarah Elizabeth Cook. Nellie was the daughter of Averill Burnett and Elizabeth/Eliza A. Boyden.

Genealogy of Jeff Daniels (focusing on his father’s side) – http://worldconnect.rootsweb.ancestry.com