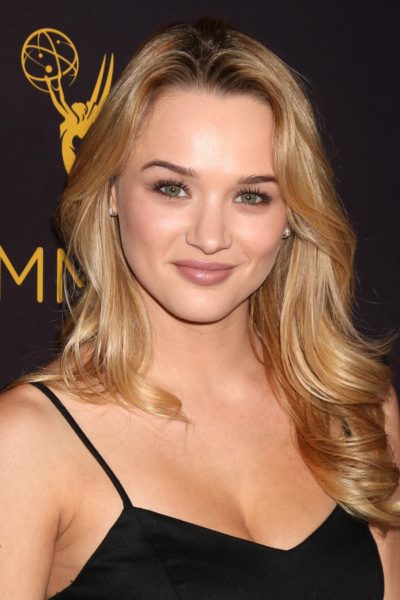 King in 2016, photo by kathclick/bigstock.com

Hunter King is an American actress.

Hunter is the daughter of Jamie and Terry King. Among Hunter’s siblings is actress Joey King.

Her father has English ancestry. Hunter’s mother is of three quarters Ashkenazi Jewish and one quarter Italian Catholic (from her own paternal grandfather) descent. Hunter’s sister Joey has stated that (she is) “part Jewish and part Christian, but I’m mostly Jewish,” and has also described herself simply as “Jewish.”

Hunter’s paternal grandfather was Alvin Fulton King (the son of Garland Pinkney King and Susie Rebecca Parker). Alvin was born in Arkansas. Garland was the son of Charlie/Charles King and Nancy/Nan Green Wooley. Susie was the daughter of Jessie Henry Parker and Susan Asenith Lambert.

Hunter’s maternal grandfather was Joseph Farrar (the son of James Farrar and Helen Frame). Joseph was in Pennsylvania. James was the son of Joseph/Giuseppe Ferrara and Julia/Angelina Villani, who were Italian Catholics, of Sicilian and Campanian descent. James is buried in the same Jewish cemetery as Hunter’s great-grandmother, so he may have converted to Judaism. Helen was the daughter of Russian Jewish parents, Samuel Frame and Rose Horowitz.

Hunter’s maternal grandmother is Elaine Braverman (the daughter of William Braverman and Rose Goldsmith). Elaine was born in Pennsylvania, to a Jewish family. William was the son of Ellix Braverman and Becca Milkowsky/Milkawsky.