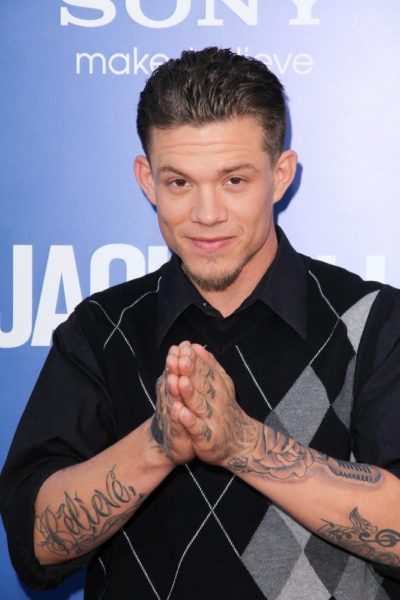 Chris Rene is an American singer, songwriter, musician, and producer. He was a contestant on the first season of The X Factor USA.

Chris is the son of Joan and Googie René (born Rafael/Raphael Leon René), who was a musician, bandleader, and songwriter. His paternal grandfather, Leon René, was a music composer of pop, R&B, and rock and roll, and a record producer, also known as Jimmy Thomas and Jimmie Thomas. He wrote the song “When the Swallows Come Back to Capistrano.” His sister, Gina, is also a singer, and his brother, Gabriel, is a record producer, and both are members of electronica group Soulstice. Chris has two sons.

Chris’s father, who had been described as a Louisiana Creole, was of African-American, French, German, and Swiss-German descent. He was also said to have had Native American ancestry. It is not clear if this ancestry has been verified/documented. Chris’ mother has German, Swiss-German, and English ancestry. She is pictured here.

A 23andMe DNA test posted by Chris on his Facebook page stated that his genetic ancestry is:

Fun facts… about my heritage, which is Creole – that’s black and French. And German, Indian, Swiss. Not everybody knows that about me.

Chris’ paternal grandfather was Leon T. René (the son of Otis Joseph René and Lelia Baumann). Leon was born in Covington, Louisiana. Otis was the son of Joseph René and Mary Caroline Plaisance/Pleasant. Lelia was the daughter of James Connor Baumann, whose parents were from Switzerland and Germany, and of Matilda/Madilda Johnson, who was listed as “Black” on the 1880 U.S. Census.

Chris’ paternal grandmother was Irma J. Jahncke (the daughter of Solomon Z. Thomas and Jennie). Irma was born in Louisiana. She was listed as “Mulatto” on the 1910 U.S. Census.

Chris’ maternal grandmother was Lois Bernice Schini (the daughter of Jacob Jay Schini and Edith Ellen Grayburn). Lois was born in Montana. Jacob was the son of Jacob Schini, whose parents were from Alsace-Lorraine, and of Elizabeth Schueller/Schneller, whose parents were from Felsberg, Switzerland. Edith was the daughter of Charles Frederick Grayburn and Praxcy Ann Garlick.

Sources: Genealogy of Chris Rene (focusing on his father’s side) – http://www.geni.com