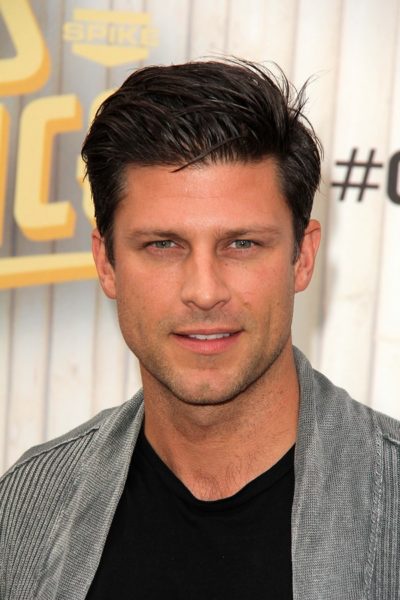 Vaughan in 2013, photo by kathclick/www.bigstockphoto.com

Greg Vaughan is an American actor and model.

He is the son of Barbara and James Vaughan.

Greg’s maternal great-grandfather, Andrew Arge Brockles, was Greek. The rest of Greg’s ancestry is English, German, Scots-Irish/Northern Irish, and Scottish. He might also have Welsh ancestry, through his surname Vaughan.

Greg’s maternal grandfather was Thomas Edward Alt (the son of William David Alt and Alice Gertrude Nesmith). Thomas possibly was born in California. William was the son of George William Alt, whose parents were German, and Clara Mae McKeen. Alice was the daughter of Thomas Harding Nesmith and Adissa Maria Jones.

Greg’s maternal grandmother was Alethia/Alethea Ann Brockles (the daughter of Andrew Arge Brockles and Ola Lillian Feltnor). Alethia was born in Texas. Andrew was born in Corinthia, Greece, the son of Arge Brakoulias. Ola was the daughter of James Minnis Feltnor and Willie I. Wardlow.

Genealogy of Greg’s maternal grandfather, Thomas Edward Alt (focusing on his own father’s side) – http://www.ancestry.com.au

Genealogy of Greg’s maternal great-grandfather, William David Alt (focusing on his own father’s side) – http://www.maciain.org

Genealogy of Greg’s maternal great-great-grandfather, James Minnis Feltnor (focusing on his own father’s side) – http://wc.rootsweb.ancestry.com