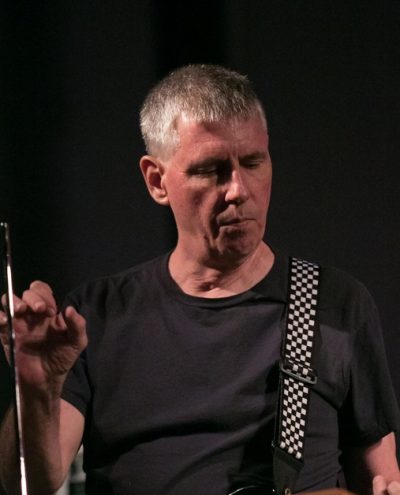 Greg Ginn is an American singer, songwriter, and musician. He is the lead singer of the punk rock band Black Flag.

Greg is the son of Oie and Regis Ginn. His father was American and his mother was Estonian.

Greg’s paternal grandfather was James Beverly Ginn (the son of Moses Holmes Ginn and Olive Sweezer). Moses was the son of James W. Ginn and Jane P. Hardy, whose parents were English. Olive was the daughter of Greenberry Sweezer and Eliza Gentry.