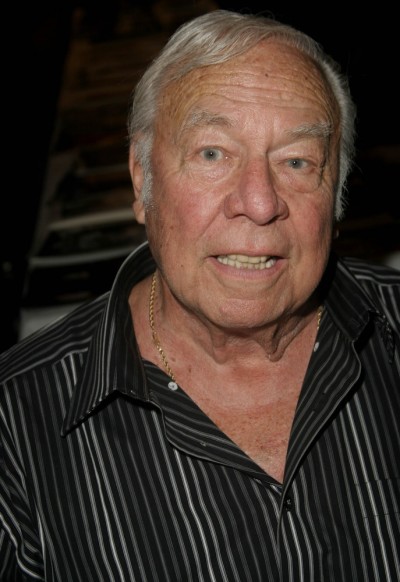 Kennedy in 2008, photo by Prphotos

George Kennedy was an American actor. He won the Academy Award for Best Supporting Actor for Cool Hand Luke (1967). He was the son of Helen A. (Kieselbach), a ballet dancer, and George Harris Kennedy, an orchestra leader. He was married to Joan McCarthy, until her death. He had a son with his former wife Dorothy Gillooly, who was in the Women’s Army Corps; two children with his former wife Revel Wurman; and three children with Joan.

George’s paternal grandfather was named Frederick William Kennedy (the son of James Kennedy and Mary L.). Frederick was born in New Hampshire. James was the son of John Kennedy.

George’s paternal grandmother was Georgia Anna Harris (the daughter of Horatio Harris and Eunice Elizabeth Crehore). Georgia was born in Massachusetts. Horatio was the son of Joseph Harris and Sally/Sallie Smith. Eunice was the daughter of Edward Crehore and Mary Preston.